Setting up an SMSF 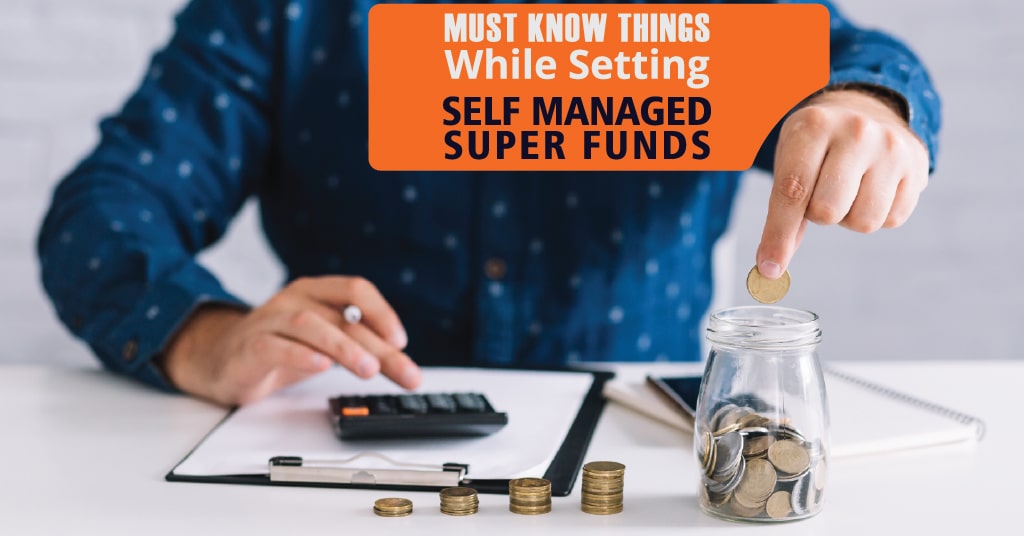 Looking for an SMSF set-up? Then, the trustees must be well aware of the investment decisions of the funds along with the super and taxation regulations. Setting up an SMSF is a major financial decision for which you need time and skills. Setting up the SMSF is done for retirement benefits only which would profit the members and their dependents.

There are considerable time and skills involved in managing the SMSF and its investments while you will also need to incur many ongoing running costs. The trustees would be responsible for operating the funds and related decisions within the laws and regulations. If this is not taken care of, the trustees, as applicable may face severe penalties including taxation consequences.

What is the Basic Difference between SMSF and other fund types?

On the contrary, the other super funds have no limit for the number of members participating in the fund. Also, the members who would be responsible for fund management should be professional and licensed ones.

The SMSF trustees should have an in-depth knowledge of the taxation and super laws. They must also make sure that the fund is compliant with those laws. The compliance risk is to be borne solely by the SMSF Trustees which means that in case of any breaching of the law, they would be personally fined for the same.

On the other hand, the compliance risk in the other super funds needs to be borne by the professional licensed trustee.

The SMSF trustees are responsible for developing and implementing the fund’s investment strategy which helps to make all the investment decisions wisely.

Whereas, other super funds allow some control over the risk of the investments. However, the decision-makers are not able to choose the specific assets that the members might invest in.

SMSF Trustees must rethink over whether or not to purchase the insurance for their trustees/members. In case they opt for the insurance, the premiums may be higher as compared to other super funds.

In other super funds, most of the insurance covers the members and member insurance usually costs less than the large funds and could get discounted premiums.

The SMSF funds and setup is regulated by the ATO regulations while trustees are always required to engage with ATO for their fund management.

SMSF members are not involved in dispute resolution among members. The disagreements are to be resolved via alternative dispute resolution methods. This can also be done in the court at the members’ own expense wherein there is no government compensation scheme applicable.

The members of other super funds have access to the Australian Financial Complaints Authority (AFCA) and might get the statutory compensation for the legal formalities.

The SMSF is ineligible for no government financial assistance and the members have legal options registered under Corporations Law. However, there is no guarantee that the compensation would be awarded.

The members of other super funds may get financial assistance from the Federal Government in any instance of the fraud or theft.

For more detailed about SMSF services, you can contact us on ankit.mehta@ascendum.com.au

Outsourced Accounting Services- The Key To A Thriving Business

10 DIY Bookkeeping Tips to Get you Started